Welcome to ProjectorScam.ca, an informative site about Nixon, Fiorano, Insight, Murano & Ikon projectors being sold within Canada through Facebook Marketplace, Kijiji, Letgo and other means. We’ve assembled this site to warn consumers about the misrepresentation of specifications and pricing associated with these models and brands.

The pricing for these projectors typically ranges from $700-$5000 Canadian dollars and there is generally one of a few reasons for selling:

There are other excuses, but the fact remains that the seller of the item has either been conned by another and trying to unload the low quality projector (and associated parts) to recoup their investment, or they’re trying to profit on the item using the grossly inflated MSRP value printed on the box of the item. There are also claims of the projectors and associated parts being sold in stores, which is untrue.

This is a white van scam that has met 21st century technology. A site claiming to be a top projector resource called Projector Review rated the Nixon VPL-550 as projector of the year against high end brands such as JVC, Optoma, Epson and BenQ. The weight of the projector alone should give away the mistruths printed on the page, a mere 2.7KG vs. the so-called 2nd place winner at 15.4kg which is a JVC DLA-X590R. Amazingly the Nixon VPL-550 also boasts a 7200 lumen rating, which is quadruple that of the JVC unit. Simply breathtaking for a completely unknown brand that isn’t carried by any online retailers including Amazon, Best Buy, Visions, etc.

You’re basically buying an entry level 1080P projector that has been sourced from Alibaba (or similar) with a fancy box. The specifications are a flat-out lie and the review and manufacturer sites are owned by the people at the top of the scam. The scammers are having their logo printed on the generic projectors to make things seem more legit. They have even used Youtube to try and validate the value and quality of these projectors, their tentacles run deep into the digital world.

We will also cover some of the screens and audio systems generally included with these bundles to sweeten the deal per se. As you could guess, the specs are grossly overrated and the quality of the products is not what you would expect at this supposed price point.

Here is the model lineup from Fiorano and Nixon, 2 of the 3 are the exact same projector. What a coincidence!

If we head over to Insight & Murano projectors we’ll see that the MN 90 and IS670 are the exact same projector, the MN 240 and IS770 are identical as well as the MN 340 and IS-870. Shocking isn’t it? How could such high end projectors, even handmade by Insight themselves, be exactly the same in design? 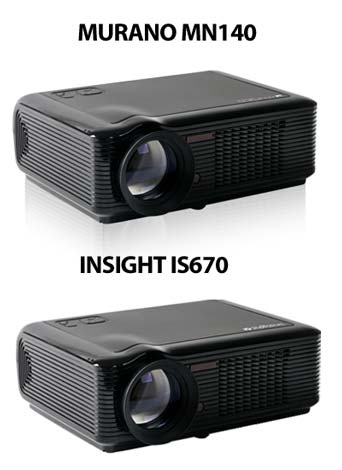 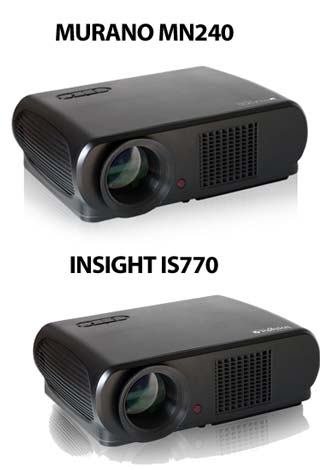 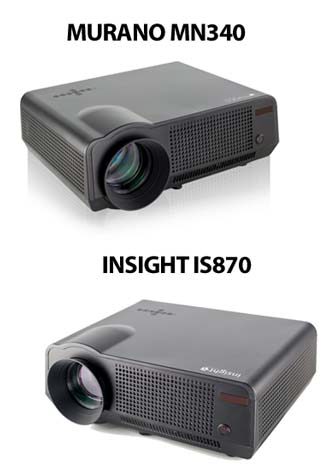